A MOUNTAIN LION WHO CHANGED THE WORLD 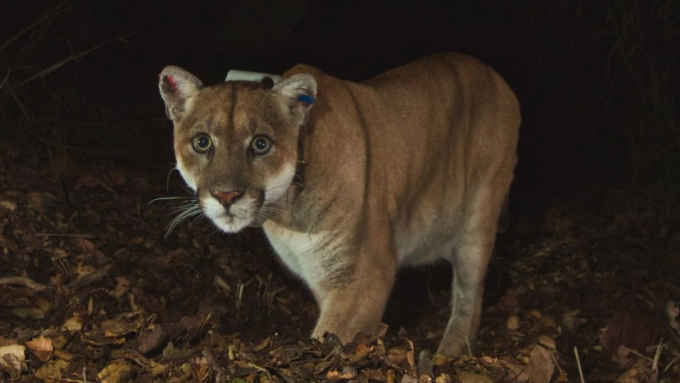 Eulogy for P-22, A Mountain Lion Who Changed the World

“I sat near him, looking into his eyes for a few minutes, and told him he was a good boy. I told him how much I loved him. How much the world loved him. And I told him I was so sorry that we did not make the world a safer place for him. I apologized that despite all I and others who cared for him did, we failed him.

I don’t have any illusion that my presence or words comforted him. And I left with a great sadness I will carry for the rest of my days.”

Team members from the California Department of Fish and Wildlife, and the team of doctors at the San Diego Zoo Safari Park reviewed P-22’s exams before reaching their decision, Pratt said.

“They showed me a video of P-22’s CT scan, images of the results, and my despair grew as they outlined the list of serious health issues they had uncovered from all their testing: stage two kidney failure, a weight of 90 pounds!!! (he normally weighs about 125), head and eye trauma, a hernia causing abdominal organs to fill his chest cavity, an extensive case of demodex gatoi (a parasitic skin infection likely transmitted from domestic cats), heart disease, and more. The most severe injuries resulted from him being hit by a car last week, and I thought of how terrible it was that this cat, who had managed to evade cars for a decade, in his weakened and desperate condition could not avoid the vehicle strike that sealed his fate.”

A Facebook page dedicated to P-22 indicated the city’s favorite wild animal will be publicly mourned at some unspecified future date. The post read, “P-22’s dedicated team of humans is working behind the scenes to plan a “Celebration of Life” event fit for Hollywood’s biggest and brightest star! We will share details soon.”

Posted by LT at December 18, 2022
Email ThisBlogThis!Share to TwitterShare to FacebookShare to Pinterest