UNEXPECTED GEOMAGNETIC STORM: This was not in the forecast. A CME sideswiped Earth's magnetic field on Sept. 26th (~2200 UT), sparking a G2-class geomagnetic storm. "Bright gaudy colors danced across the heavens for more than an hour," says Christopher Mathews, who took this picture from his backyard in Hraunborg, Iceland: 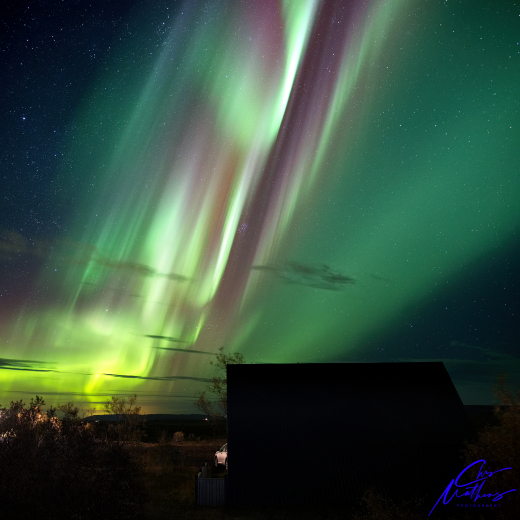 Bright auroras were sighted in multiple locations around Iceland, Norway, and Canada. They even dipped into the United States with green pillars over Minnesota, Wisconsin and Michigan.

We're not sure where the instigating CME came from. Probably, it is one of two CMEs that left the sun on Sept. 23rd. Neither was supposed to hit Earth and, indeed, this was not a direct hit. The off-target CME passed nearby, snowplowing dense (73 protons/cc) solar wind plasma onto Earth's magnetic field. The sudden load triggered the geomagnetic storm.
Posted by LT at September 27, 2022
Email ThisBlogThis!Share to TwitterShare to FacebookShare to Pinterest
Labels: geomagnetic storm, What Just Happened