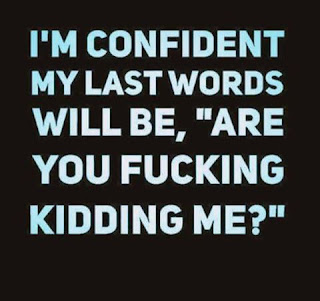 There is only the one infinite energy field, often known as The Field of Infinite Possibilities. You can also call it the Universe, the Multiverse, the Omniverse, God, Goddess, Heavenly Father/Mother, Spirit, Creator, All That Is, Infinity, Source, or anything you wish, because everything you could ever think of to call it is already contained within it. You can even address it as Hey, You! No problem – because it's anything and everything.

Some of the aforementioned expressions carry a lot of baggage, especially the word “God”. Such terms broadcast connotations of belief systems that are designed to function as a tractor beam. They are intended to pull our consciousness into an illusory holographic trap, which in turn is filled with limiting rules and regulations.

Our friends in the realm of physics prefer a neutral term: The Field. Everything is The Field. Everyone is The Field. This brings to mind the words of the wonderful Persian poet Rumi: “Out beyond ideas of wrong-doing and right-doing there is a field. I’ll meet you there.”

You are The Field. There is nothing else to be. Everything is an expression of the whole, and the essence of the whole is always present in each of its parts. Rumi conveys this principle with his classic eloquence: “You are not a drop in the ocean. You are the ocean in a drop.”

You are all of infinity expressing itself at a single point.

The Field is completely neutral. In its infinite wholeness, The Field is not dividing itself into positive and negative, right and wrong, true and false, yin and yang, light and dark, good and evil, or any of the zillions of other polarities we could ever imagine.

Neutrality also provides a key to transcendence. Many people approach spiritual practices as though they were making a jailbreak from their earthly reality. By viewing the human world as a prison from which to escape, people make it more real for themselves. They tie their mental and emotional energies to the very world from which they want to liberate themselves. This epitomizes the famous expression coined by Carl Gustav Jung: “What you resist persists.” If you fight it, you feed it.

Like so many endeavors in life, transcendence is not necessarily easy, but extremely simple. Calm down. Center yourself. Enter a state of complete neutrality and render all else irrelevant. And once all claptrap of this alleged reality has been rendered irrelevant, you have already achieved a state of transcendence.

Paradoxes can be fun. The only thing you can ever know for sure is that you can never know anything for sure.

We can speak from our own perspectives and interpretations, and do so emphatically. But is Reality a one-size-fits-all proposition? Probably not. I usually don’t bother debating with anyone who gets dogmatic about a belief, although I might counter them with the question: “And what about the rest of infinity?”

Is the earth round or flat? Yes. And much more besides. We could describe the earth as a multidimensional hologram. But then, are they actually dimensions or are they density levels? Or are they simply orders of magnitude of scale within the same dimension and density level? It’s easy to come to the conclusion that nothing in this world is what it appears to be. But then, if it appears that way to us, then so it is. But then, did we factor in observer effect?

The Field of Infinite Possibilities is exactly that. The delightfully eccentric physicist Doc RAM (Dr. Richard Alan Miller) sums it up succinctly: “If it’s possible, it exists.”

Life, the Universe and Everything is the third book in the six volume series known as The Hitchhiker’s Guide to the Galaxy. The “ultimate question” is posed: “What is the answer to life, the universe and everything?”

The supercomputer called Deep Thought calculates the answer as 42.

Even though author Douglas Adams tried to pass this off as a joke and nothing more, he was well known for his fascination with technology. Here we turn to ASCII (American Standard Code for Information Interchange). Every character on your keyboard has a numeric designation. On that official list, number 42 is the asterisk.

What is the answer to life, the universe and everything? The asterisk, the wild card that can represent anything.

In the early 90’s, I adopted that simple compound word to express my overarching philosophy of life, the universe and everything.

I even had a t-shirt made to display my philosophy and my fundamental approach to it: “Yeah, well…whatever.” -Timothy Glenn 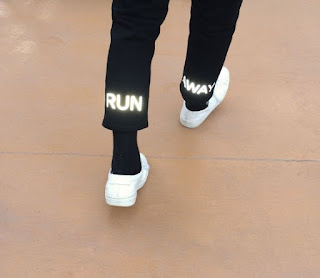 Posted by LT at August 01, 2022
Email ThisBlogThis!Share to TwitterShare to FacebookShare to Pinterest
Labels: 42, The Field, Timothy Glenn