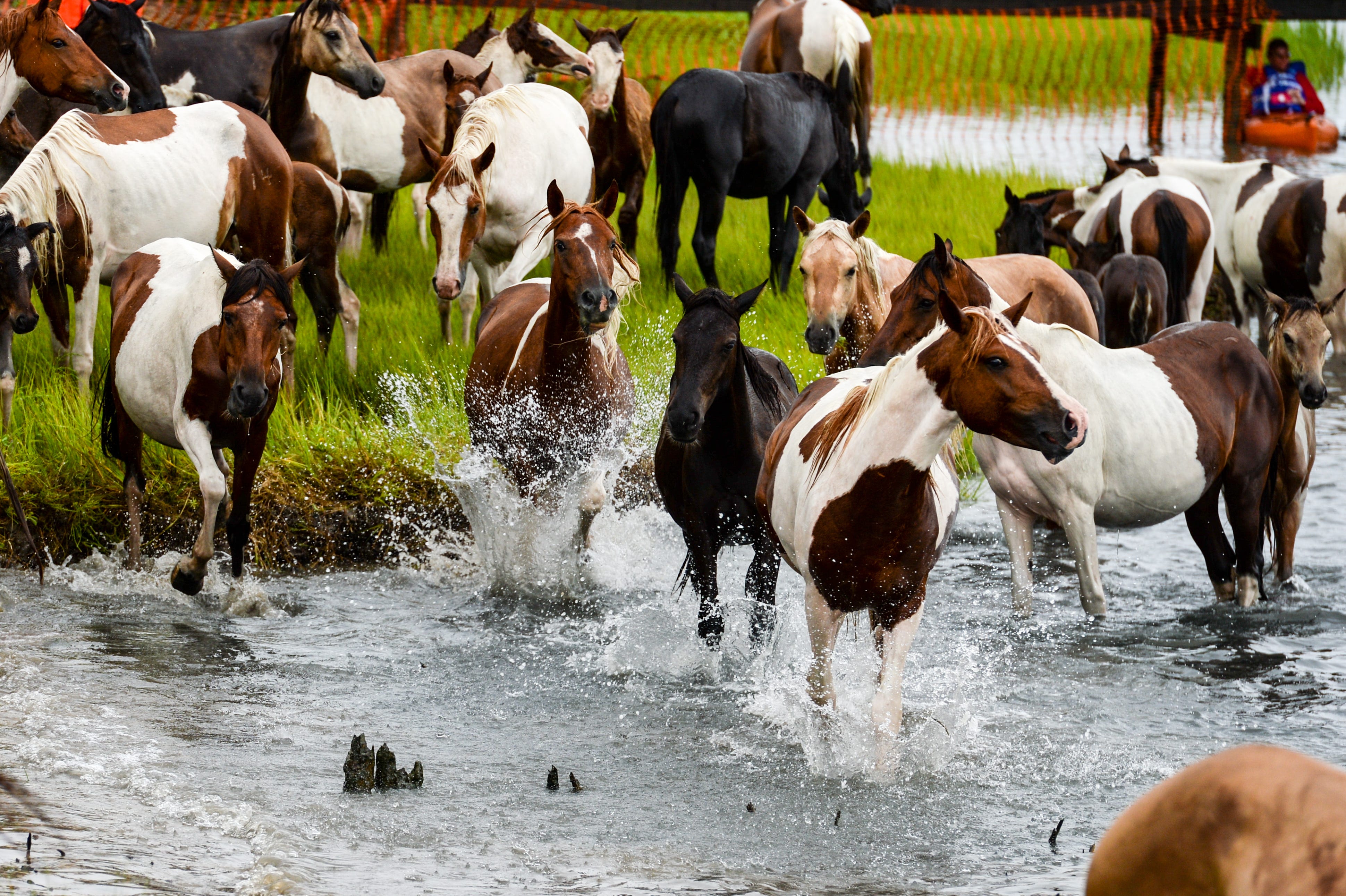 Chincoteague Ponies are stocky, with short legs, thick manes, and large, round bellies. Assateague Island is a harsh environment for the Ponies and their diet is limited. The Ponies have adapted to the limited diet over the hundreds of years they have lived on Assateague.

Does DNA Clear Up the Origin Story of Chincoteague Horses?


To tell the story of how a purported cow tooth dug up in the Caribbean might corroborate the mythical origin of wild horses off the coast of Maryland and Virginia, let us begin, naturally, with a children’s book, Misty of Chincoteague.

If you know, you know—horse girls, I’m looking at you. For everyone else: This beloved 1947 children’s novel tells the story of Misty the pony, born on the beaches of an uninhabited barrier island. The story is fictional, but the setting is real. A band of wild horses still roams that island today, eating seagrass and largely ignoring tourists who come for selfies with a real-life version of Misty.

No one knows how the horses first arrived there, but Misty of Chincoteague retells a dramatic bit of local lore. It opens with literal Sturm und Drang. A Spanish galleon carrying Moorish ponies to the gold mines of Peru shipwrecks off the coast of what will later become Maryland and Virginia. The crew perishes, but the ponies swim to a nearby island and survive. “The seasons came and went,” the book goes, “and the ponies adopted the New World as their own.” In their newfound freedom, they became wild—or technically, feral, domesticated but untamed. Today, the Chincoteague Volunteer Fire Company, which manages the southern half of this horse population for historical reasons, promulgates the shipwreck origin story of the island ponies. The National Park Service, which manages the northern half, tells a decidedly less romantic tale: 17th-century settlers probably brought these horses with them.

Enter now the “cow” tooth, actually a horse tooth, mistakenly cataloged decades ago by archaeologists excavating an abandoned 16th-century Spanish settlement. And intriguingly, a recent DNA analysis suggests that the modern breed this Spanish colonial horse is most closely related to is none other than the Chincoteague pony. Given the genetic similarity, could the myth be real after all—were these mysterious ponies also Spanish colonial horses that first arrived by shipwreck?

Nicolas Delsol, now a postdoctoral researcher at the Florida Museum of Natural History, was not thinking about any of this while dealing with the troublesome “cow” tooth for his Ph.D. dissertation. He was interested in cattle domestication in the Americas, and the museum’s collections contained hundreds of cow teeth from Puerto Real, a 16th-century Spanish settlement in modern-day Haiti.  Delsol picked 24 to analyze DNA from and—just his luck—one tooth had sequences that looked really, really weird. He put it aside for weeks to finish his cattle project. When he did finally return to the tooth, though, he saw that its DNA sequence was similar to that of a… the Chincoteague pony.  Delsol, who is French, had never heard of it. “I was like, Wait, what are they exactly? What are these Chincoteague ponies?”

Read entire article at The Atlantic