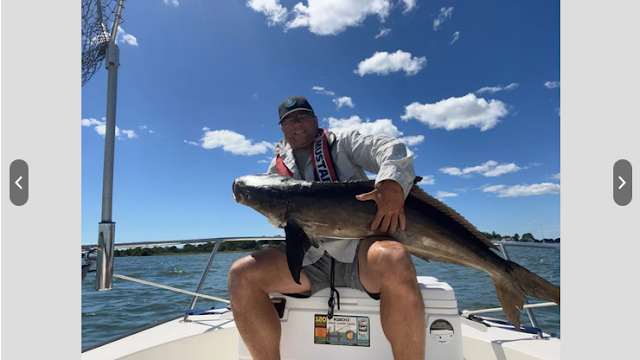 CHICOPEE, Mass. (WWLP) – After an hour and a half battle with a Cobia fish off the coast of Connecticut, Chicopee resident John Bertolasio is now the new record keeper in the state for catching the saltwater fish.

Bertolasio was fishing on Long Sand Shoal on August 13 when all of a sudden he got a hit on his line. The fish put up quite the fight, even snapping his fishing pole in half once the fish got closer to the boat. At first sight, he thought it was a shark he had just caught, but it turned out to be a Cobia and he decided to keep it.

Connecticut Fisheries and Wildlife have officially added Bertolasio to the state’s Exotic Marine Species Record list. The Cobia officially weighed 43 pounds and was 56″ in length.

Bertolasio talked to 22News about the catch, who still can’t believe what he caught, “When I got it clear to the boat, I saw it… this big brown fish. It just went straight down, I couldn’t even hold the pole, and then it snapped, the pole snapped. I thought I lost it but it was still on. The biggest fish I ever caught, I couldn’t hold it up it was so heavy. Whenever I catch a fish I get so happy I start singing!” 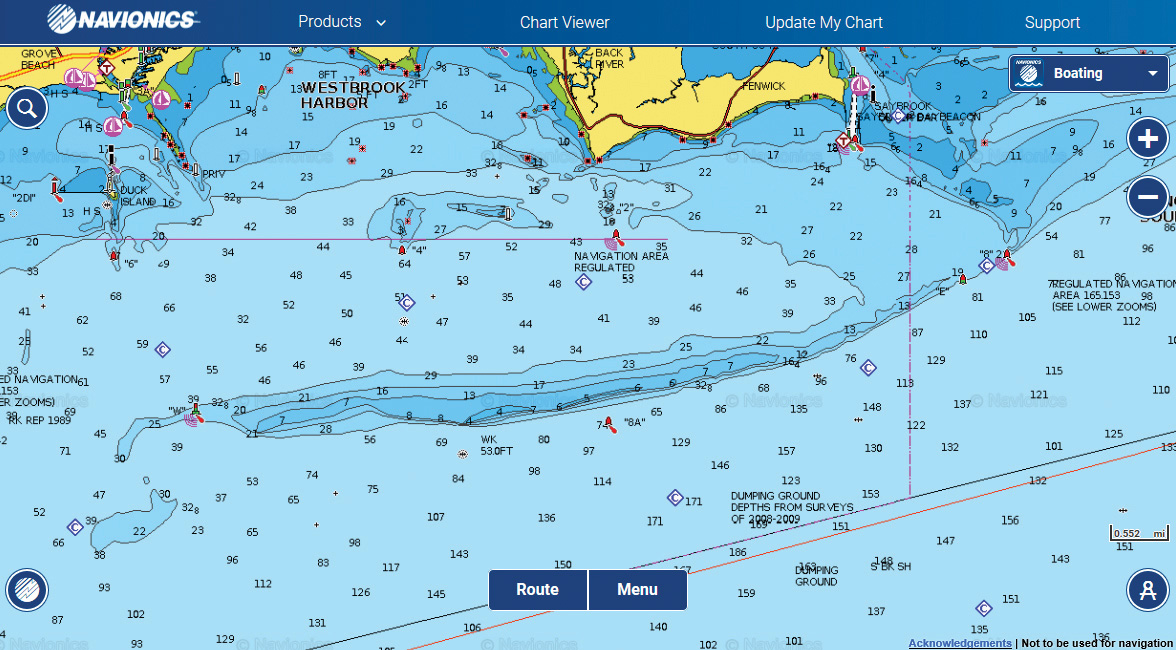 If you catch a fish and think it’s record-worthy, report it to MassWildlife! To report a catch-and-release fish, take a picture of the fish next to a measuring device, such as a tape measure. In order to qualify, fishers must have a fishing license, the fish must be caught in Massachusetts water, must be caught on hook and line, and must be measured at the site of capture with a clear view of the fish flat on its side.

To report a catch-and-keep fish, bring your fish to a certified weigh station. In order to qualify, fishers must have a fishing license, the fish must be caught in Massachusetts water, must be caught on hook and line, and must be weighed on a scale certified by the Massachusetts Division of Standards. Any fish submitted must be dead and a photograph of the fish on its side next to a measuring device must be included.

It’s very important to follow all the rules in order to qualify. Full rules can be found on the MassWidlife website.

The state also keeps a yearly record list of the largest freshwater fish caught. you can submit your fish to those records the same way. At the end of the year, awards are given to fishers that meet certain requirements. A bronze pin is given to anyone that catches a fish that meets minimum length or weight requirements. Fishers that catch the longest or largest fish in a category are given a gold pin and a plaque.

Cobia are often misidentified as sharks due to their close appearance. They are the closest living relative to the remora (shark sucker). Cobia are the only members of the Rachycentridae family in North America and can reach six feet in length and live up to 12 years.

According to Connecticut Fish and Wildlife, Cobia are becoming more common in the Long Island Sound due to climate change. The fish are usually found more south.

Posted by LT at August 23, 2022
Email ThisBlogThis!Share to TwitterShare to FacebookShare to Pinterest
Labels: COBIA, Connecticut