The Secret of Light 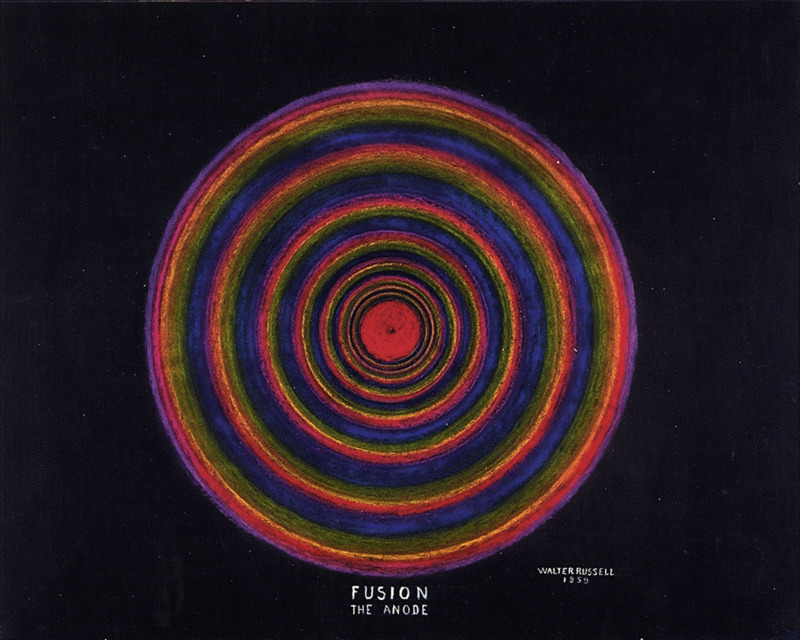 Walter Russell (May 19, 1871–May 19, 1963) was the progenitor of a “new world-thought” centered on light; in books such as The Electrifying Power of Man-Woman Balance, The Book of Early Whisperings, and The Dawn of a New Day in Human Relations, he foresaw “a marriage between religion and science” in which the laws of physics would be rewritten. He believed that weight “should be measured dually as temperature is,” with “an above and below zero,” and that “the sunlight we feel upon our bodies is not actual light from the sun.” (Russell’s Wikipedia entry notes gingerly that his ideology “has not been accepted by mainstream scientists.”)

In what’s ostensibly his seminal text, The Secret of Light, he outlines a philosophy rife with capitalized Nouns and portentous pseudo erudition:

Man lives in a bewildering complex world of EFFECT of which he knows not the CAUSE. Because of its seemingly infinite multiplicity and complexity, he fails to vision the simple underlying principle of Balance in all things. He, therefore, complexes Truth until its many angles, sides and facets have lost balance with each other and with him.

Truth is simple. Balance is simple. Rhythmic balanced interchange between all pairs of opposite expressions in Natural phenomena, and in human relations, is the consummate art of God’s universe of Light. It is also the Law. In this one fundamental Universal Law lies the balanced continuity of all creative expression in God’s electric wave universe of two conditioned lights in THE ETERNAL QUESTION seeming motion which record God’s One Whole Idea of Creation into countless seemingly separate parts of that Whole Idea.

He mastered the casual authority of the simple declarative sentence. A personal favorite: “Two-way sex-conditioned spirals are the consummate individuals of all Creation.”

To illustrate these hypotheses, Russell relied on diagrams that are as visually compelling as they are inscrutable. “All matter is created by dividing gravity into pairs,” he wrote in one. Another charts the location of every element along a “nine-octave cycle.”

You can see more of his diagrams here. 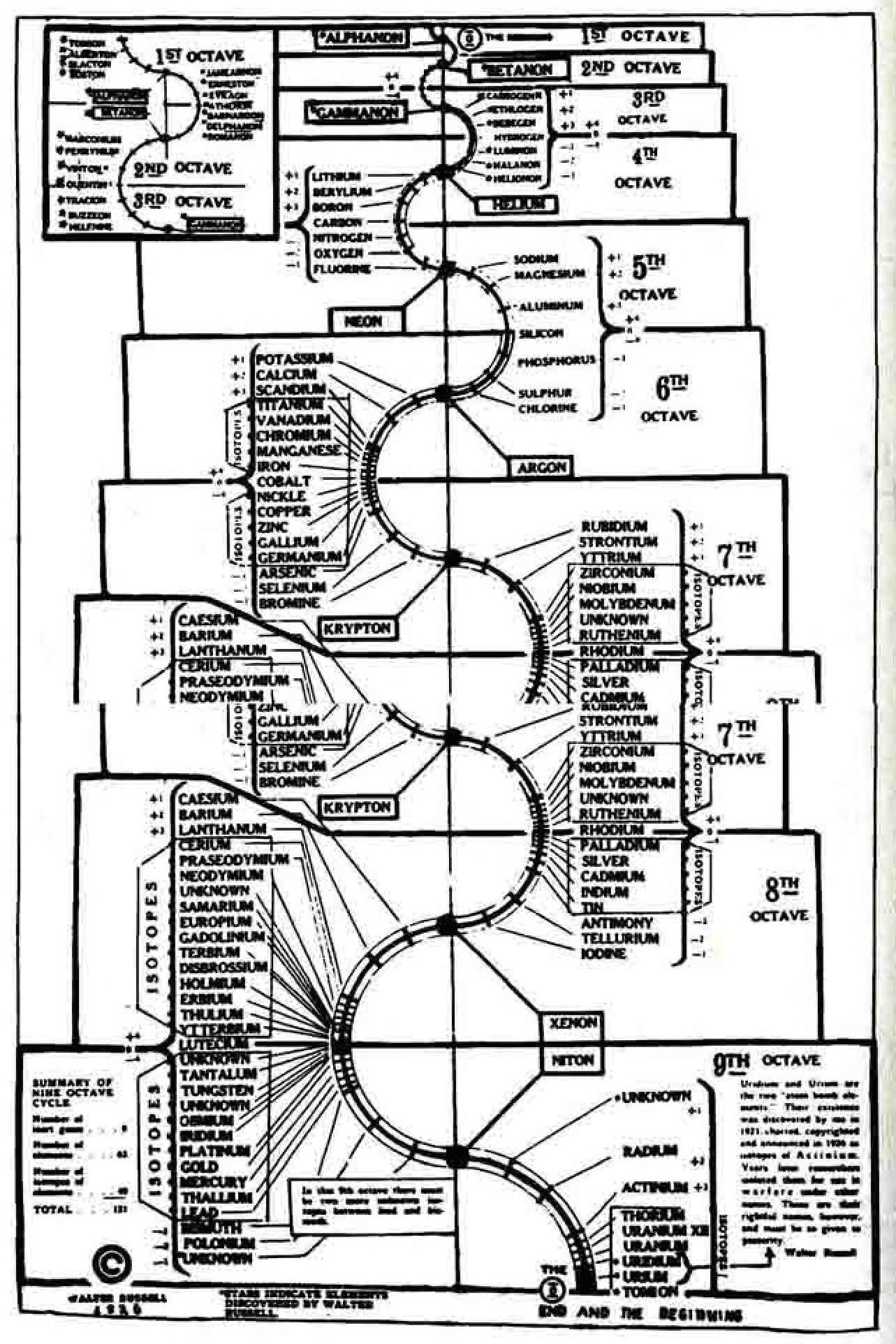 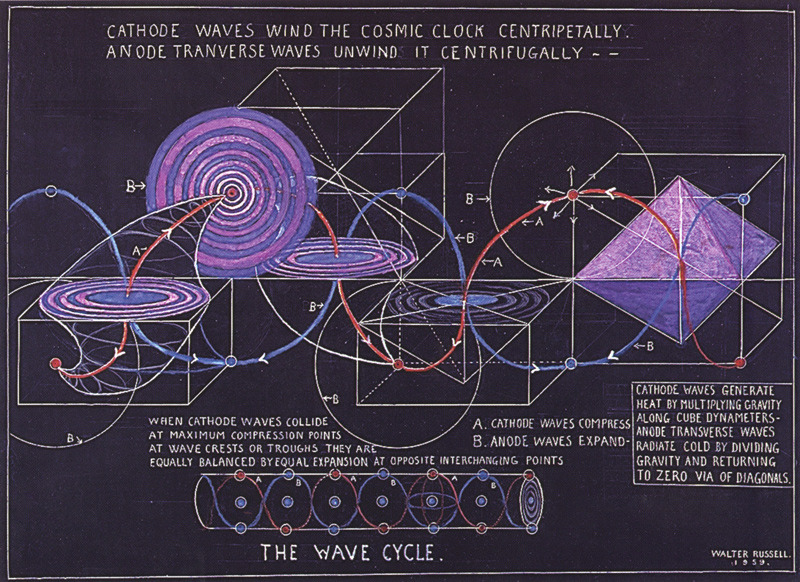 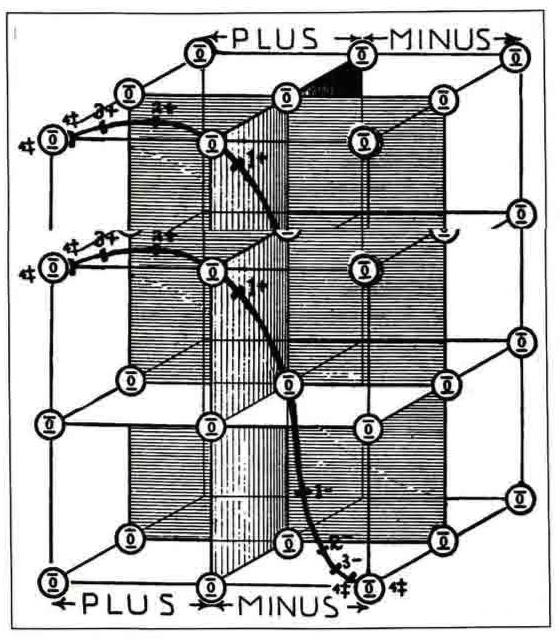 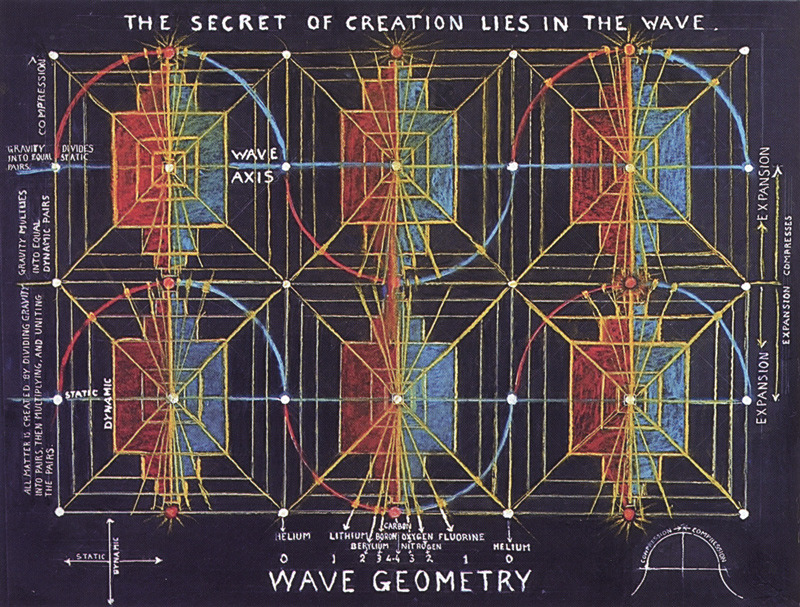 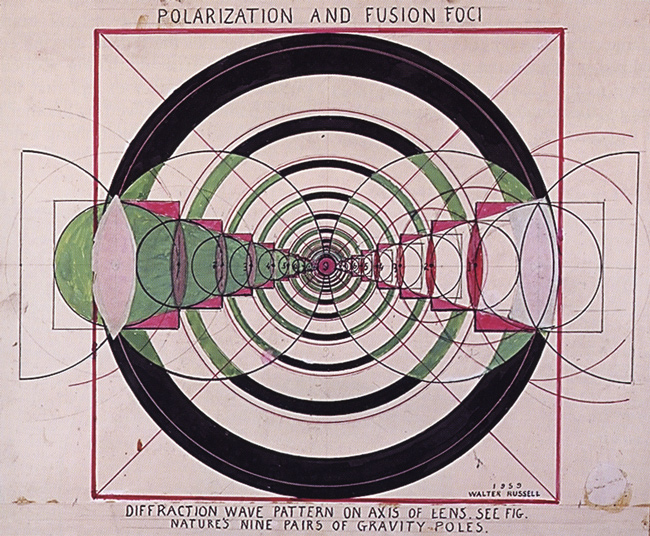 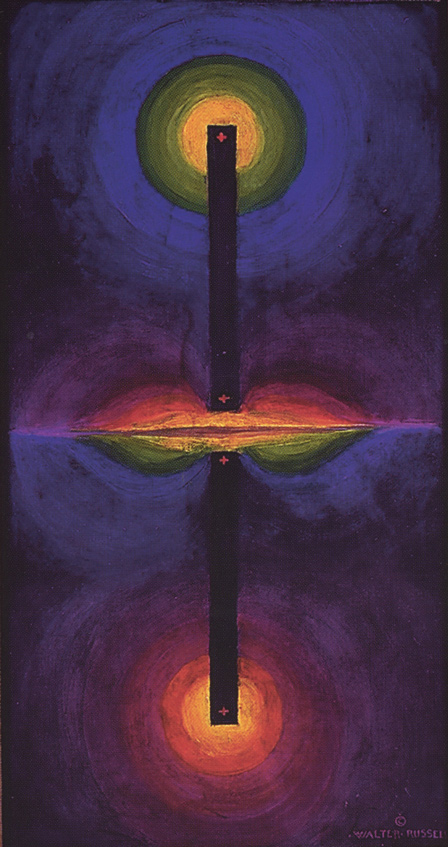 Dan Piepenbring is the web editor of The Paris Review.

“The time has come in the history of man’s journey from his material jungle to his spiritual mountain top when it is imperative that he must live more and more in the cosmic Light universe of knowing, and less in the electric wave universe of sensing. Man must know that his power lies in the stillness of his centering Self and not in the motion by means of which he manifests that stillness. He must know that his Self is God in him. Also he must know gradually the dawning awareness of the cosmic Light of God in him, for with it comes an awareness of his purposefulness in manifesting the Light and the power to manifest it.”