Consequences of the sonar and war: thousands of dead dolphins 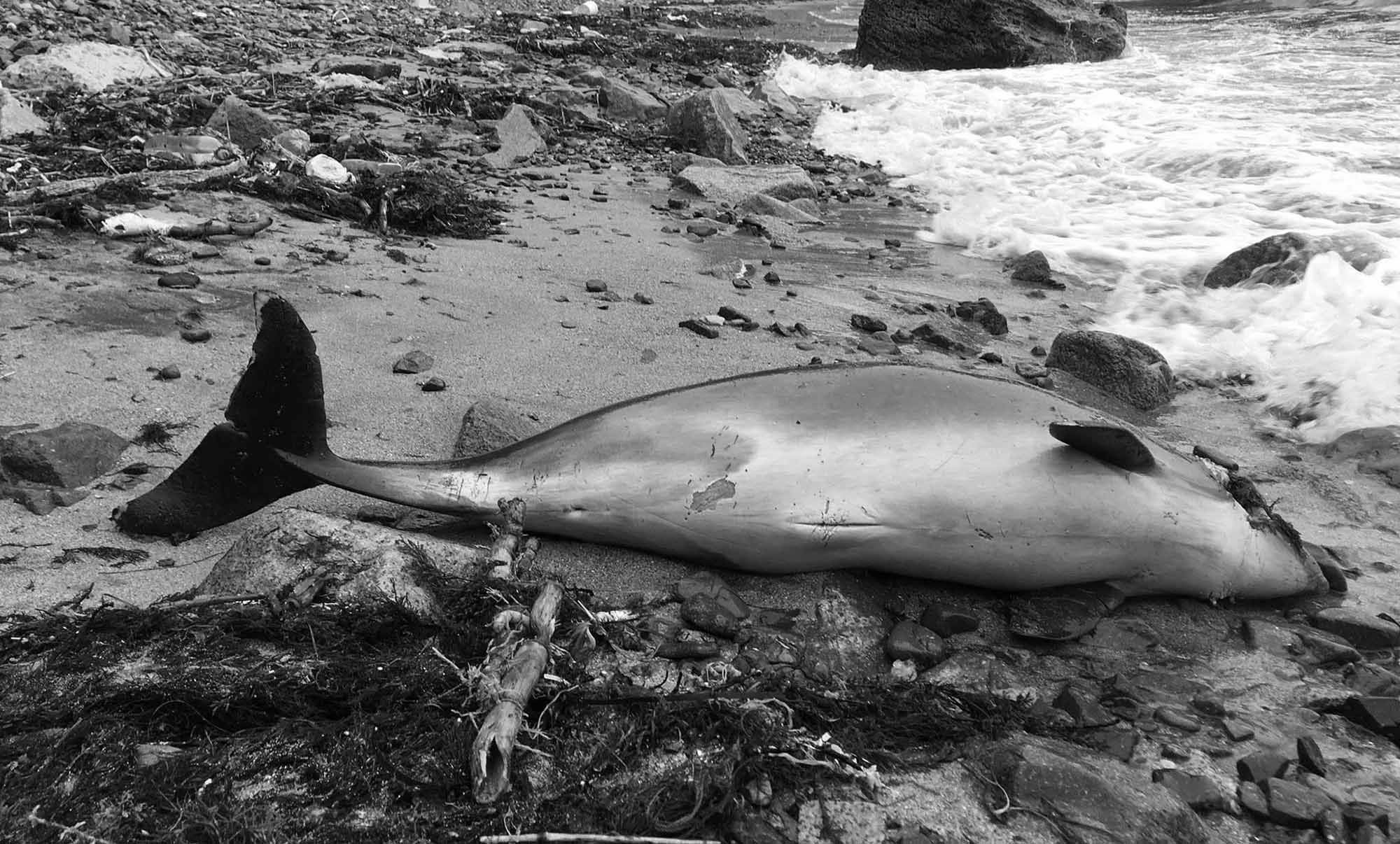 At least 3,000 dolphins have fallen victim to Russia's military operations against Ukraine in the northern part of the Black Sea. Prof. Ivan Rusev, head of the "Research" department at the National Natural Park "Tuzlovsky limani" in Ukraine, claims this in his post on Facebook.

According to Rusev, the reason for the death of the dolphins is the powerful sonar of the warships, as well as the underwater explosions, which destroy the delicate navigation system of the animals.

Remaining practically "blind" dolphins die of hunger, and due to the weakness of their bodies, also of infectious diseases, says Rusev.

In answers to questions sent by "Dnevnik", he confirmed that since the beginning of the war until now it is believed that more than 100 dead dolphins were found from Odessa to the Danube Delta.

“It should be borne in mind that it is only 2-3% of the Black Sea coast of Ukraine that can be explored”, said Ivan Rusev. “The rest of the coastline is inaccessible for exploration due to martial law. In the past, along these 2 -3% of the coastline only a few dolphins, a year were found dead. If it were now possible to monitor the remaining 97% of the coast, the number of dead animals found would be much higher.”

According to Rusev, the examinations of the discovered dead mammals along the coast of Ukraine, as well as Romania, Bulgaria and Turkey clearly show that directly or indirectly the reason for the death of the dolphins is precisely the war which Russia leads in the northern part of the Black Sea.

“On the dolphins that died because they fell into fishing nets, there are clear signs of this”, explained Rusev. “The dead dolphins found before the war had their fins cut off, because fishermen or poachers tried to get them out of the nets. Now, with the beginning of the war, the nets in the northwestern part of the Black Sea, where the fighting takes place, where the submarines and ships of the ‘Rashists’ are concentrated, no one puts a single net in the sea.

In other words, the factor of entrapment in the nets is completely eliminated," he added Ivan Rusev.

According to him, the death of marine mammals now occurs most often as a consequence of the impact of powerful military sonars with which all warships sailing off the coast of Ukraine are equipped. "Dolphins that are struck by sonar become practically 'blind,'" says Rusev. “They are ‘paralyzed’ and unable to orient themselves. As a result, they run into all kinds of obstacles, including mines. They crash into rocks, injure themselves, and the sea washes them ashore."

According to Rusev, the most serious consequences of the impact of the sonar are that the "blind" dolphins cannot catch a single fish and are quickly exhausted. And exhausted, emaciated dolphins rapidly lose their immunity and fall prey to autonomous infections from pathogens that live within them. This is most commonly a morbillivirus specific to dolphins. “That's why some experts, especially in Russia, claim that dolphins die of infection”, said Ivan Rusev. “But I repeat: a healthy herd of dolphins has a strong immune system, and deaths from infections among them are extremely rare.”

The information about excessive number of dead dolphins along the Bulgarian Black Sea coast after the start of the Russian military offensive in Ukraine was also confirmed by Dimitar Popov, who worked on a project for the protection of cetaceans in Bulgaria with the non-governmental organization "Green Balkans".

“The number of dead dolphins in the Black Sea has increased”, he said a few days ago for BNR. “This is happening not only in Bulgaria but also in Romania, Turkey, Ukraine and Russia. The increased noise pollution in the northern part of the Black Sea, caused by war in Ukraine, is pushing cetaceans south. The displaced animals are stressed and exhausted”, he says. “As a result of the acoustic trauma, they temporarily lose their hearing and echolocation, and cetaceans are the main predator in the Black Sea, and the overall health of the ecosystem depends on them,” says Popov.

According to the ecoactivist Atanas Rusev from the association "Let's Save Coral", the official statistics of the Regional Inspections for Environmental Protection show that in the last three months, about 100 dead dolphins have been washed up on Bulgarian shores. "This figure should probably be multiplied by 3," Rusev told "Dnevnik", this is usually the regularity. However, according to him, collecting statistics about dead dolphins on our shores does not make much sense.

“We found that only between 1 and 5% of the dead dolphins reach our shores because of the sea currents”, says Atanas Rusev. “During the last month, there was almost no wind from the north-northeast, while it very often blew from the south. That's why the currents drive the dead dolphins to the Ukrainian coast.”

Already at the beginning of June, publications provoked by the news about the environmental consequences of the war in Ukraine appeared in a number of British and American publications. Oleksandr Krasnolutskyi, Ukraine's Deputy Minister of Environment and Natural Resources told the Guardian that “almost 400,000 hectares and 14 sites in Ukraine's coastal and lower Dnieper wetlands, which UNESCO says are of international importance, are also endangered.”

According to Krasnolutskyi, the damage caused to nature in the southern part of Ukraine is already estimated at billions of dollars, but fears that the worst is yet to come, have a precedent.

For the past 30 years, every spring, conservationists in the “Tuzlovsky limani” national park have dug shallow canals from the coastal lagoons to the shoreline, connecting the water basins, Prof. Ivan Rusev told the Guardian. "These creeks, which were natural until industrial agriculture closed them off, are a busy route for billions of tiny fish that overwinter in the sea and return to the lagoons to breed," he explains. "There will be no dredging this year."

The beaches are littered with mines laid by the Ukrainian military to repel a Russian offensive, researchers have had to abandon decades of work, and the consequences for the more than 5,000 herons that feed in the lagoons each spring could be catastrophic.

“This is truly a tragedy,” says Rusev. The Head of Research at the “Tuzlovsky limani” National Nature Park has counted more than 200 bombs that have landed in the lagoons, destroying the habitats of waterfowl such as curled pelicans during critical migration and nesting periods. "Usually we have between 1,000 and 1,500 white pelicans migrating from Africa, he says. Now there are only 300."

According to Vira Porieva, who coordinates a task force gathering evidence of war crimes against water bodies, Ukraine is determined to seek responsibility for all this damage. Now she is part of a wider group preparing an environmental lawsuit against Russia. "Theoretically, the International Criminal Court can prosecute deliberate attacks that knowingly cause 'widespread, long-term and serious damage to the natural environment,'" she said, as quoted by the Guardian.