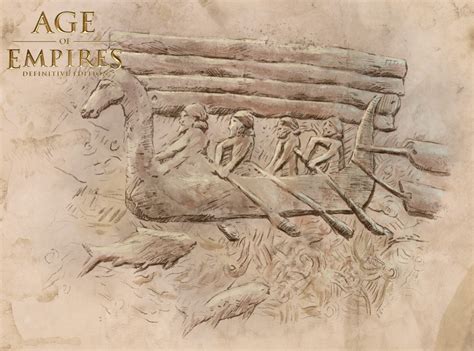 The Big History of Civilizations (2016)

This lecture covers four early Mediterranean civilizations: the Phoenician, Minoan, Hebrew and Mycenaean. According to Benjamin, their societies all arose after a 1200 BC decline in the Egyptian and Hittite* empires.

The Phoenicians were a Semitic-speaking people believed to have migrated to the eastern Mediterranean from the Arabian peninsula. Renowned for shipbuilding and seafaring, they were far more interested in long distance trade than empire building. Establishing colonies (eg Carthage) in North Africa for their copper and tin mines, they exported metal goods, pottery, glass and richly dyed textiles. Avoiding the resource drain of war and empire building, they could concentrate on technological innovation. Their major contribution to modern civilization was the 22 letter alphabet they devised based on Egyptian hieroglyphics.**

Most of our information about Hebrew civilization comes from the Old Testament. Archeologists believe they were originally pastoral nomads inhabiting lands between Mesopotamia and Egypt during the third millennium BC. When the biblical patriarch Abraham moved his family from Ur (in Sumer) to Canaan (in Palestine), they took much of Sumerian culture with them, including  Hammurabi’s law codes and stories from the Legend of of Gilgamesh.*** Many of Abraham’s descendants subsequently migrated south into Egypt. Benjamin believes they began returning (as described in the book of Exodus) under the the reign of Pharaoh Ramesses II. The Hebrews reached the peak of their power under King Solomon (961-922 BC). Following civil unrest causing the Hebrews to split into two kingdoms (Judah and Israel), the Assyrians conquered Israel in 722 BC. The 27,290 Israelite slaves they captured were dispersed throughout the Assyrian Empire (comprising much of western Asia). in 586 BC, the king of Babylon Nebuchadnezzar captured Judah, sending thousands more Jewish captives into exile. Some were allowed to returned to Palestine in 559 BC, when the Persian king Cyrus II conquered Assyria.

The Minoan civilization began on the island of Crete and spread to the west coast of Turkey and Greece. From 2214-1450 BC it was a major center of trade, exporting olive oil, wine, wood and pottery and imported grains, textiles and manufactured goods. The Minoans established colonies on Cypress, where they mined copper to produce bronze. They used Egyptian hieroglyphics and a language called Linear A (which has never been deciphered). Their ruling elites lived in three story buildings with running water and, at one point, flush toilets. Female elites, who enjoyed considerable freedom, participated openly in public life. In 1100 BC, the Minoans came under foreign control though their collective knowledge permeated the cultures that conquered them.

According to Benjamin, the Mycenaeans settled Greece around 1100 BC, where they were ruled by a semi-divine king. Their lower classes consisted of farmers and laborers engaged in metal or textile production. Trade was totally controlled by ruling elites, and there’s no archeological evidence of an independent merchant class. The Mycenaeans established commercial colonies in Turkey and Sicily. In 1250 BE, they attacked Troy (as described by the Greek poet Homer) in modern day Turkey. Benjamin believes they did because the Trojans blocked their access to the Black Sea and eastern Asian cities. In 1150-850 BC, the Mycenaeans entered their Dark Age, after continuous invasions and civil unrest (ie revolts by the laboring classes), made it impossible to maintain a stable or productive government.

*Originating in Asia Minor, the Hittites established a kingdom in the city of Kussar and later an empire encompassing most of Asia Minor, as well as the eastern Mediterranean and upper Mesopotamia.

**The Greeks would adapt the Phoenician alphabet by adding vowel sounds, which would influence both the Roman and Cyrillic alphabet.

****There is no archeological evidence indicating the Israelites conquered Canaan militarily (as described in Exodus). Existing evidence suggests Canaanite society gradually absorbed the Hebrew immigrants over a long period of time.

The film can be viewed free on Kanopy.

Posted by LT at May 27, 2022
Email ThisBlogThis!Share to TwitterShare to FacebookShare to Pinterest