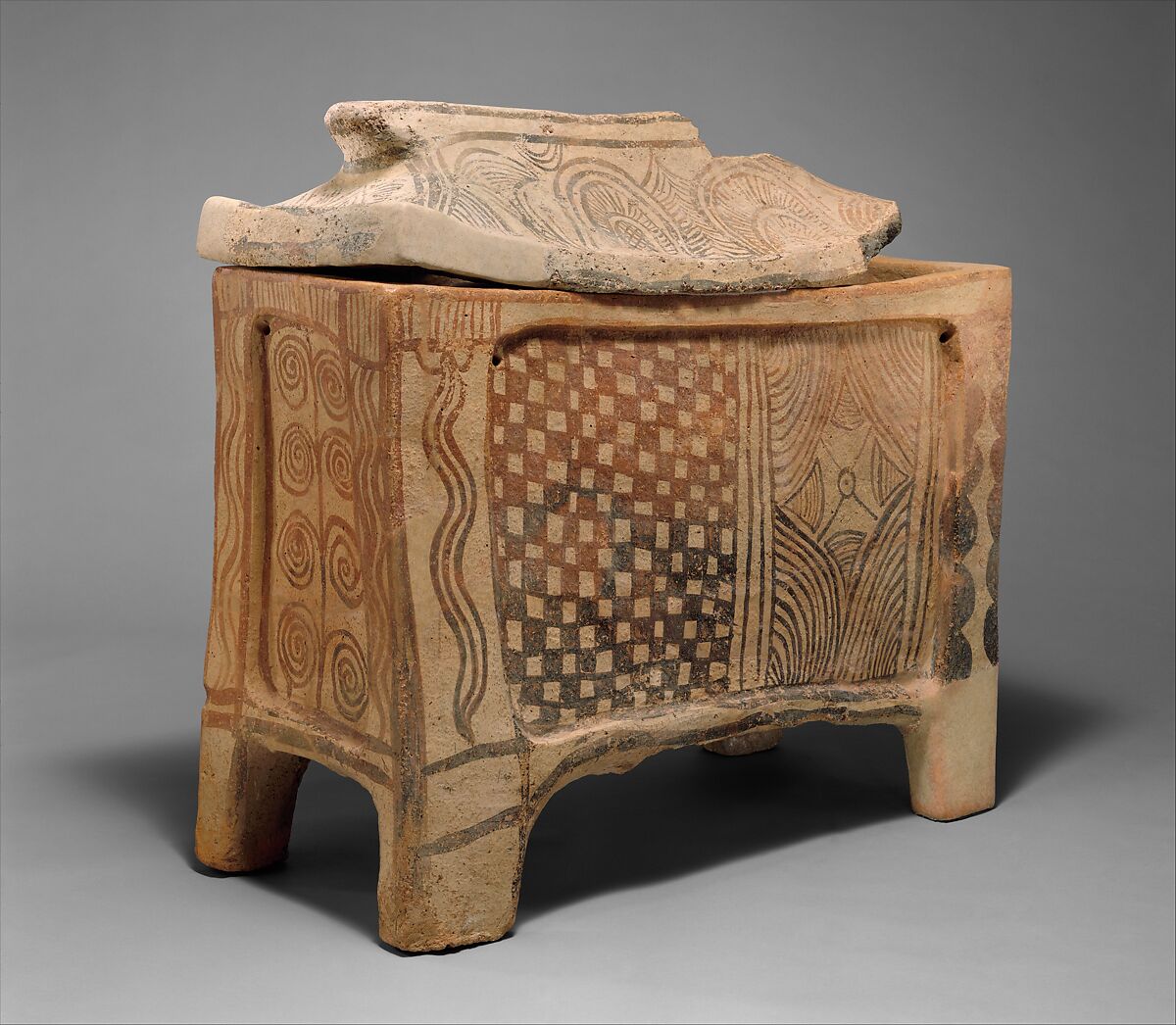 Minoan  On view at The Met Fifth Avenue in Gallery 151

The larnax was the standard type of coffin in Crete from the early fourteenth century to the twelfth century B.C. The structure with recessed panels on each side suggests a wooden prototype, and recent scholarship has identified Egyptian chests as the probable models. The decoration on each side consists of geometric and vegetal ornaments well represented on contemporary pottery. The larnax stands at the beginning of an impressive series of large-scale funerary monuments in the Greek and Roman collection.

Posted by LT at May 03, 2022
Email ThisBlogThis!Share to TwitterShare to FacebookShare to Pinterest
Labels: Ancient Minoan Culture, Burial Coffin, larnax