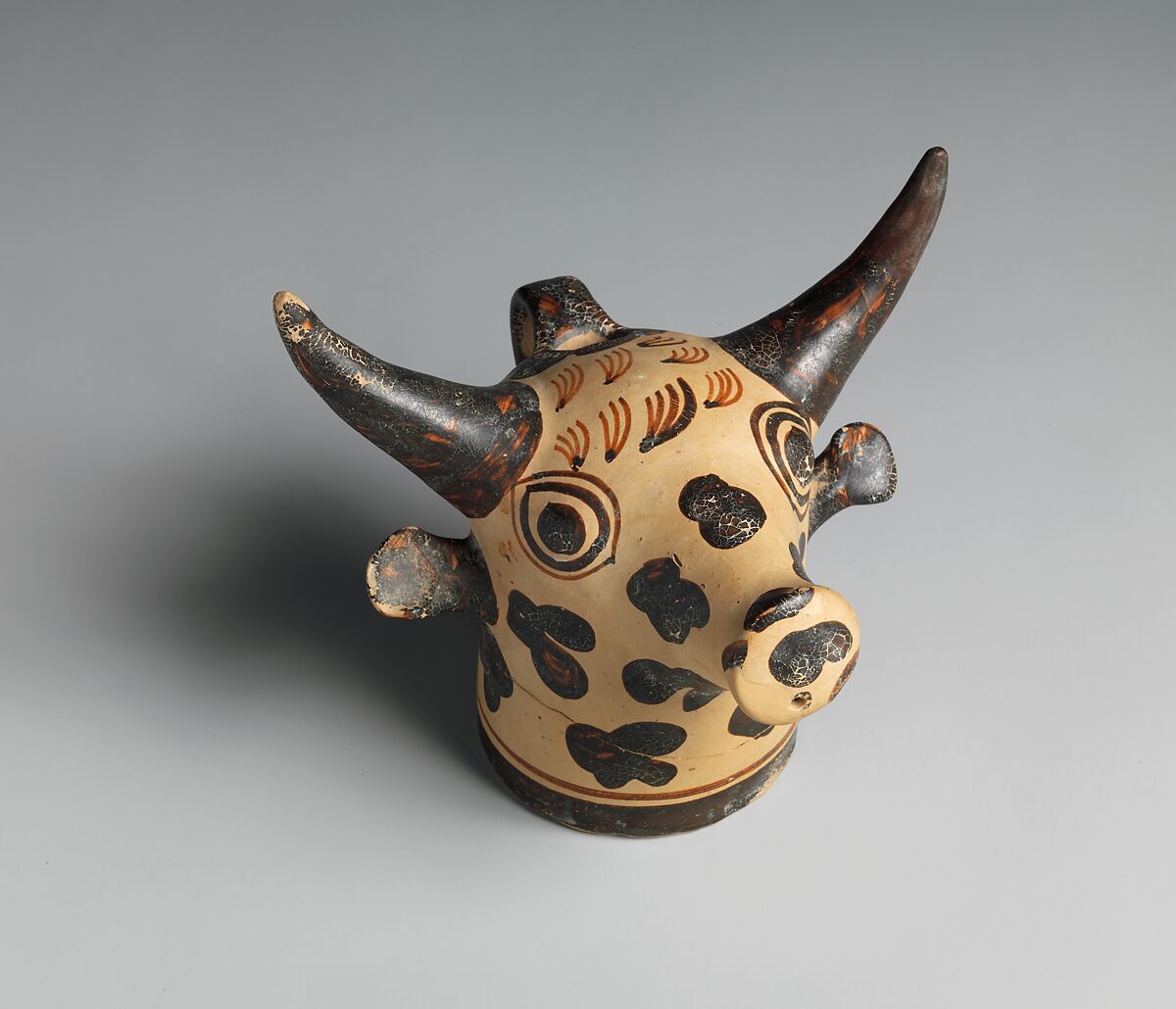 Minoan  on view at The Met Fifth Avenue in Gallery 151

This vase is a type of rhyton, or libation vase. The offering was poured through the hole in the animal's muzzle. The vase was filled either by immersion in a large container or through the hole on the head. Using the principle of the siphon, liquid would not flow out as long as the opening at the top was closed with the thumb.

Posted by LT at May 01, 2022
Email ThisBlogThis!Share to TwitterShare to FacebookShare to Pinterest
Labels: Ancient Minoan Culture