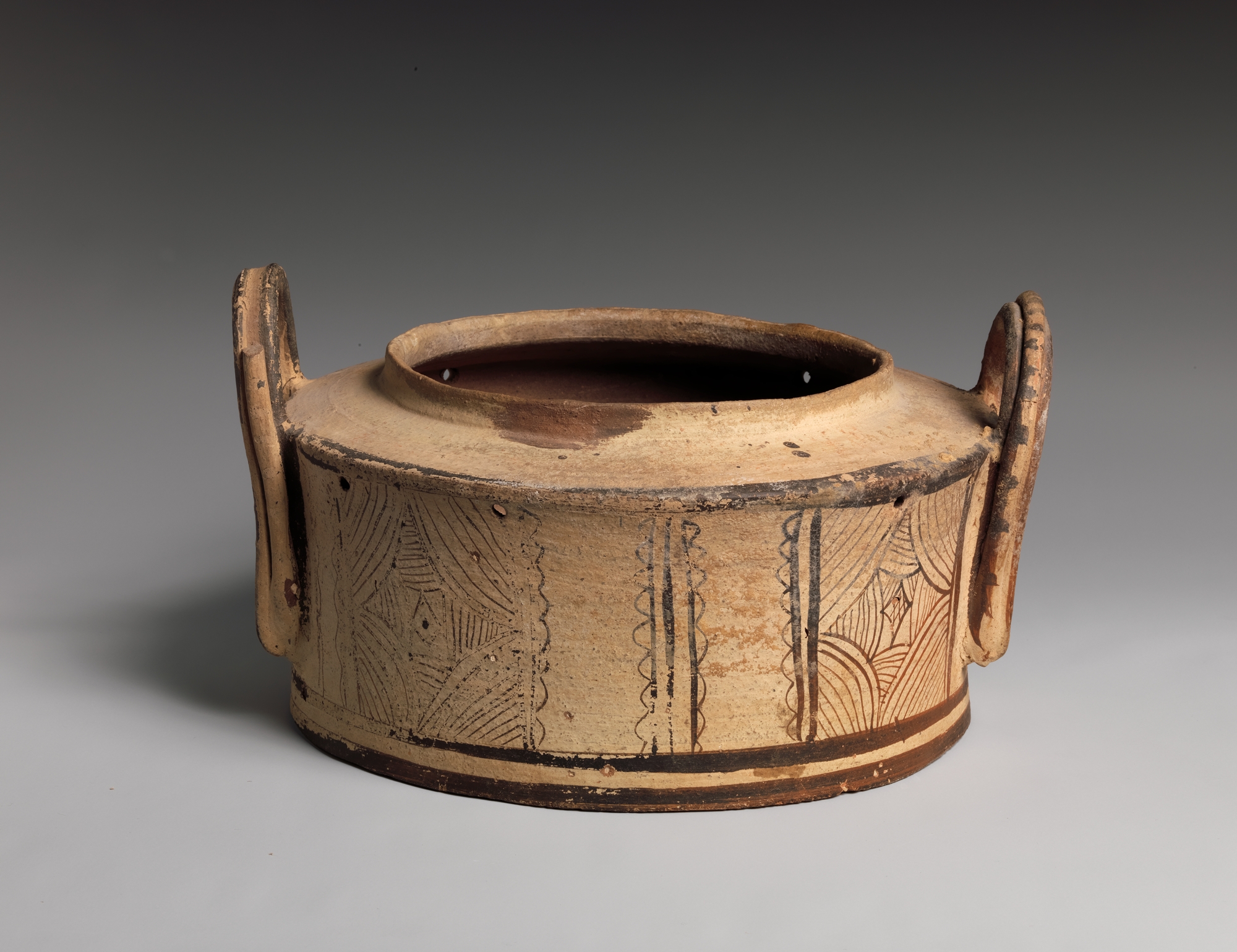 Minoan  On view at The Met Fifth Avenue in Gallery 151

While the painted decoration on pottery of Postpalatial Crete is not as fine as the earlier works produced in the palace workshops, the quality of potting and the pyrotechnology reached a high point. This piece is a good example of the fine quality that was achieved by potters on Crete at the end of the Late Bronze Age. It is a less common variation pf the pyxis type, a characteristic Minoan shape, which usually has a taller cylindrical body.

Credit Line: Gift of Alexander and Helene Abraham, in honor of Carlos A. Picón, 1999