Hunza (Burushaski: ہنزو , Wakhi, and Urdu: ہنزہ‬‎) is a mountainous valley in the Gilgit-Baltistan region of Pakistan.

The Hunza is situated in the extreme northern part of Pakistan, bordering with the Wakhan Corridor of Afghanistan and the Xinjiang region of China. 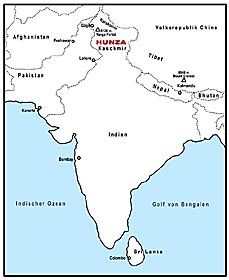 Hunza was formerly a princely state bordering Xinjiang (autonomous region of China) to the northeast and Pamir to the northwest, which survived until 1974, when it was finally dissolved by Zulfikar Ali Bhutto. The state bordered the Gilgit Agency to the south and the former princely state of Nagar to the east.

The state capital was the town of Baltit (also known as Karimabad); another old settlement is Ganish Village which means ancient god "Ganesh village.

Hunza was an independent principality for more than 900 years, until the British gained control of it and the neighbouring valley of Nagar between 1889 and 1892 through a military conquest. The then Mir/Tham (ruler) Mir Safdar Ali Khan of Hunza fled to Kashghar in China and sought what would now be called political asylum.

Central Hunza consists of the parts of Aliabad tehsil of Hunza District.

Posted by LT at February 02, 2022
Email ThisBlogThis!Share to TwitterShare to FacebookShare to Pinterest
Labels: Hunza