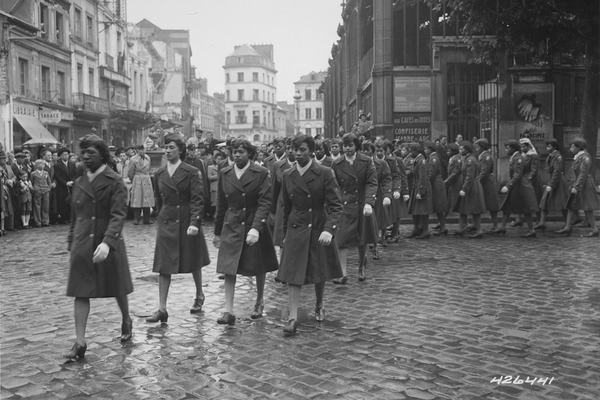 During World War II, Black newspapers rallied African-Americans behind the “Double Victory” campaign to fight the war against ethnic oppression abroad as well as racial oppression at home. But the African-American women who served during this time also had a third enemy – the one that held them back because of their gender.

The Double Victory campaign was inspired by a letter published in the Pittsburgh Courier on January 31, 1942 entitled “Should I Sacrifice To Live ‘Half-American?” In the letter, James G. Thompson explained that the first V was “for victory over our enemies from without” and the second V was “for victory over our enemies from within.” The paper would later proclaim “this slogan as the true battle cry of colored America.” The Pittsburgh Courier debuted its Double V logo the next week in the February 7 edition, and would continue to print it as part of its masthead for the remainder of the war.