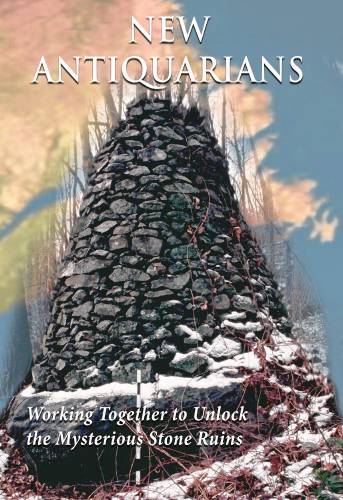 “New Antiquarians: Working Together to Unlock the Mysteries of Stone Ruins,” the third film in the Hidden Landscapes series, will be screened Saturday at 2 p.m.

The screening series is sponsored by the Nolumbeka Project, a Greenfield-based group that promotes research on local tribal history, the River Valley Co-op in Northampton and the Karuna Center for Peacebuilding, based in Amherst.

According to a Nolumbeka Project press release, this third installment picks up where “Before the Lake Was Champlain” left off. It follows archaeologists, amateur analysts and Native American preservationists as they bring a new level of cooperation into the examination of the stone ruins that are found throughout the Northeast.

Guest panelist Evan Pritchard, director of the Center for Algonquin Culture, will join Doug Harris, ceremonial stone landscapes researcher, and Ted Timreck, director of the Hidden Landscapes films, for a discussion and to answer questions following the screening, the release states.

“New Antiquarians: Working Together to Unlock the Mysteries of Stone Ruins” chronicles the re-discovery of the old stone ruins. It tells the story of a working partnership that is forming between professional scientists, Native American representatives and avocational researchers around the identification and preservation of the stone monuments and earthworks, the release explains. Long thought of as the mysterious remains of ancient cultures who once visited the New World before Christopher Columbus, but most often dismissed as the unimportant artifacts of early colonial settlement, the Native ceremonial landscapes represent a cultural legacy that can still be found in the environment of the Northeast.

To register for Saturday’s program, to be held via Zoom, visit bit.ly/3qPDjiF.
Posted by LT at November 09, 2021
Email ThisBlogThis!Share to TwitterShare to FacebookShare to Pinterest
Labels: Nolumbeka Project