forced off the land #CRT

How Thousands of Black Farmers Were Forced Off Their Land
Kali Holloway, November 1, 2021, The Nation 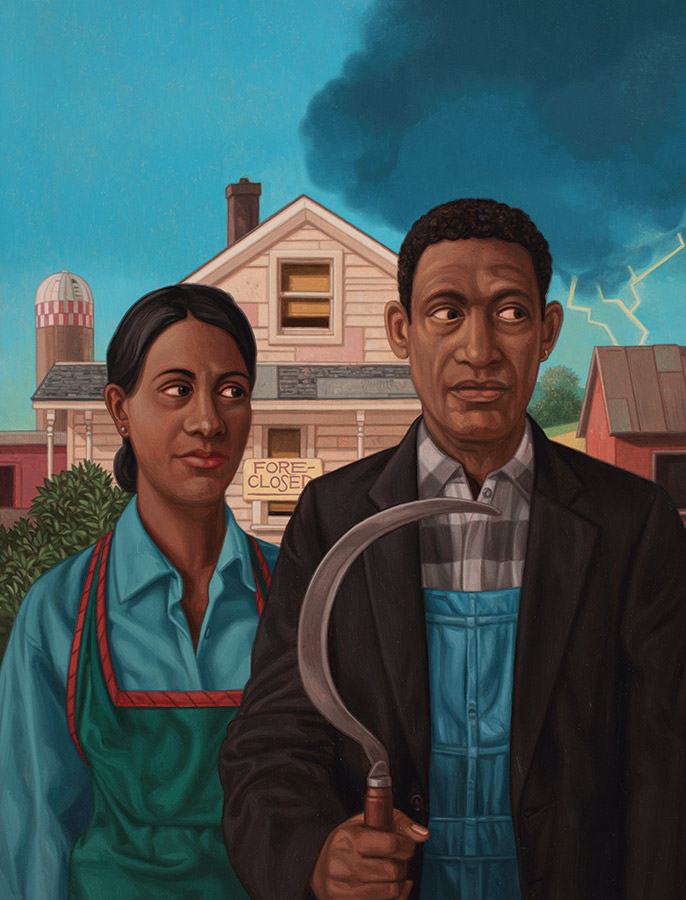 In 1883, less than 20 years after emancipation, Curtis Gentry bought nearly 1,500 acres of undeveloped land in Shiloh, a rural community in the Alabama county where he had once been enslaved. Alongside his brother Turner, with whom he was able to reunite after emancipation—unlike the members of so many other Black families—Gentry cleared that property, uprooting trees, brush, and undergrowth. Once the land was arable, he planted and harvested an array of crops, including ribbon cane, corn, and peas.

“He was a hard worker,” Bernice Atchison, Gentry’s granddaughter-in-law, told me. “Not only did he clear his own land, but he took jobs helping white people clear their land.” He taught his family how to take care of the farm while he worked on other people’s farms, bringing in extra money to the household.

Gentry’s children continued to farm after their father’s death, and each subsequent generation was trained in the ways of tending to their inherited land trust. When Atchison married Gentry’s grandson Allen in 1953, the young couple were given charge of nearly 280 acres of farmland, which included amenities built by those who came before. “We had a ribbon cane mill that made syrup. We had a saw mill. There was an old still that they had used to make whiskey back in those days,” Atchison said. “I loved farming, because you have to come to understand the land.”