Why hasn't smiling been used as preventive medicine ? ["One look at our western society shows that we do not know this:
the secret of smiling! The lack of Harmony within ourselves is tragically apparent. We are plagued with an increase in physical and emotional illness that ranges from cancer to anorexia nervosa. Our loves are always shadowed by a world filled with violence and self-destruction.
Both the individual and the collective society are threatened by rampant drug abuse and nuclear waste.  Somehow, somewhere, we've lost sight of the Tao. We've broken the natural flow of life, and with it the power to heal ourselves." ~quoted from AWAKEN HEALING ENERGY THROUGH THE TAO]

Mantra Recitation : OM MANI PADME HUM
Recite this mantra hundreds of times, as many as you are able. 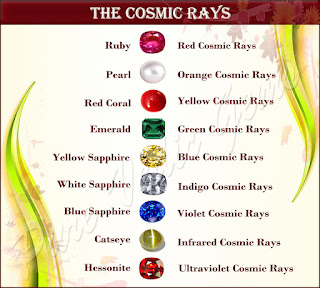 The Actual Prayer and Dedication of Healing Merit:

May all the diseases that sadden the minds of sentient beings that result from karma and temporary conditions, such as the harms of spirits, illnesses, and the elements, not occur in the realms of the world.

May whatever sufferings there are from life-threatening diseases that, like a butcher leading a being to be slaughtered, separate the body from the mind in a mere instant, not occur in the realms of the world.

May all embodied beings be unharmed by acute, chronic, and other infectious diseases, the mere sound of whose names terrifies beings, as though they had been placed inside the mouth of Yama, the Lord of Death.

May all embodied beings be unharmed by the 80,000 classes of harmful interferers, the 360 evil spirits that harm suddenly, the 424 diseases of Vata-Pitta-Kapha, and so forth.

May whatever sufferings there are due to disturbances of the four elements (air-Vata, fire-water-Pitta, water-earth-Kapha), depriving the body and mind of every pleasure, be totally pacified, and may the body and mind have radiance and power and be endowed with long life, good health, and well-being.

By the compassion of the gurus (Namo Arya Shen-Nong-Bhaisajya-Raja, Jivaka, Charaka-Patanjali, Nagarjuna, Ashvaghosha, Aryadeva, Jian Jen Shr, Da Xin Fa Shr, Shen Kai Shang Ren Shr, Hsuan Hua Shang Ren Shr, Upasaka Vasant Lad, Vagbhata Namaha) and the Triple Gem (Medicine Buddha, Buddhist Ayurveda - Buddha Dharma, Sangha of Arya Bodhisattva Vaidya Doctors), by the power of the Dakinis and Dakas, Arya Yogis and Yoginis, Rishis, Dharma protectors, guardians and Devas and Devis (Gods and Goddesses), and by the strength of the infallibility of karma and its results (cause and effect - Maha Prajna Paramita), may these many dedications and prayers be fulfilled as soon as they are made.

Stunning newsletter but Censored from mainstream: Journal of Borderland Research