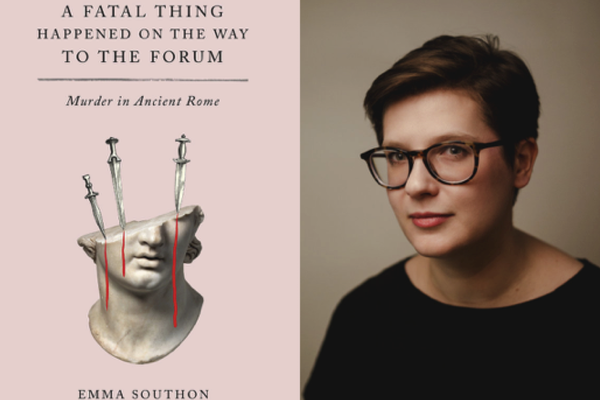 Emma Southon on the True Crime Stories of Ancient Rome

"Murder is such an interesting way of exploring what and who a society considers to be important and worth protecting, and who is considered expendable."

Few other societies have revelled in and revered the deliberate and purposeful killing of men and women as much as the Romans.

Emma Southon, A Fatal Thing Happened on the Way to the Forum

Capital punishment was very much still part of Christian-Roman culture but the notion of the individual soul made the culture less gung-ho about killing.

Robin Lindley: You stress how enslaved people and other marginalized groups were especially vulnerable to cruelty and thoughtless killing. We face some of these issues today in other contexts. As you report this history, do you see parallels to our present situation? What lessons does this history hold for us?

Dr. Emma Southon: There is a concept in modern criminology of the ‘less-dead,’ which refers to people who can be killed without state apparatus and society at large worrying too much. Sex workers are less-dead, with sex workers of colour being the least dead. These people can be murdered and there will never be an outcry and the police may not bother to investigate. These are the modern day infames and hopefully future societies will look at us as we do the Romans.

As for what I would like people to learn from the book, the main thing is that the Romans were not some pinnacle of “western civilization” that was all white columns and white togas. The Roman empire was a brutal, cruel place which ground up human life both for fun and for profit. There is a strong tendency to idealise and idolize the Romans and it’s my mission to make that difficult!