this is true but truly depressing   (What Just Happened? has more like this... MIC) 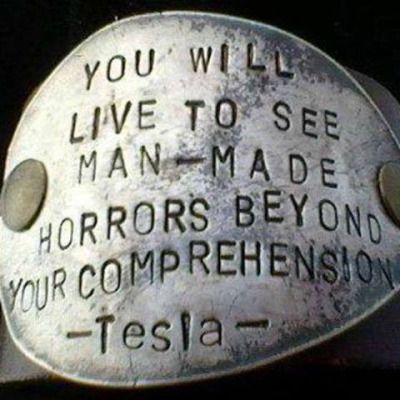 Inanna: Lady of the Largest Heart by Betty de Shong Meador. In its pages I found the most extraordinary poems written by a High Priestess of Inanna some 6000 years ago in Sumeria, called Enhedhuanna. These poems healed my soul because they expressed things like rage, sexuality and other powerful emotions I had been conditioned to repress and were destroying me through mental illness and addictions.

“In the great Jewish book of mysticism, the Zohar, there is a powerful analogy to the journey through this 7th Gene Key. It is encapsulated in the Kabbalist concept known as Tikkun Olam — a phrase usually translated as repairing the world. The Kabbalists say that when the Creator made the world, he created a series of vessels to hold the Divine Light, but as the Light flowed down into these vessels, they shattered and fell towards the realm of matter. Thus, the world in which we live is made up of countless shards of the original vessels in which the Divine Light is trapped. The Kabbalists go on to say that every virtuous act committed by a human being helps to repair one of these broken shards.” Richard Rudd, The Gene Keys

Posted by LT at July 12, 2021
Email ThisBlogThis!Share to TwitterShare to FacebookShare to Pinterest
Labels: Gene Keys, Inanna: Lady of the Largest Heart, Sumeria, Tesla, what?