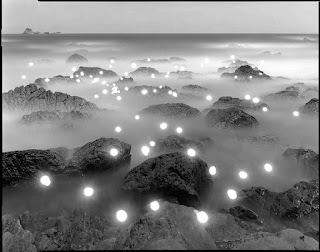 Mysterious Universe - July 4, 2020
Remember the stories in 2020 about NASA allegedly finding a parallel universe over Antarctica where time appears to run backwards? Those stories originated with a frustrating fact that has baffled scientists at a loss for an answer - what are the strange subatomic particles known as neutrinos doing in Antarctica and where did they come from? As we suspected in reporting that seemingly unbelievable story, it wasn't from a reverse parallel universe. However, the real place it appears they may have originated from is just as unbelievable - a supermassive black hole.

Are strange space signals in Antarctica evidence of a parallel universe?

Odd detections at the South Pole have so far defied explanation, inviting theories beyond conventional physics.
By Stephen Ornes  |  Published: Tuesday, December 8, 2020 VIA
The balloon-based Antarctic Impulsive Transient Antenna (ANITA) floats over Antarctica.
The University Of Hawai'i
Last spring, a report from the world’s largest neutrino telescope — a sprawling grid of detectors woven into Antarctica’s ice — coincided with a blaze of hyperbolic headlines. They teased the possibility of an anti-universe where, from our point of view, time runs backward and the Big Bang represents an end, not a beginning. While it’s too soon to start searching for our reverse-aging, other-handed doppelgängers, physicists are still wrestling with strange signals coming in from space that, to date, have defied easy explanation.

The signals were flagged by a NASA-funded collection of horn radio antennas held aloft over Antarctica by a giant balloon. The device, called the Antarctic Impulsive Transient Antenna (ANITA), picks up radio signals produced when high-energy particles coming from deep space encounter our atmosphere. Some waves skim the Earth before they hit ANITA, and others bounce off the ice. ANITA can tell the difference. During its first float in 2006 and again in 2014, the device picked up anomalous signals that resembled the kind that skim the Earth — but strangely, they seemed to be coming from the surface.

“That means they had to pass through a huge chunk of the Earth,” says physicist Stephanie Wissel of Penn State, who works on the ANITA experiment.

At the heart of this mystery are neutrinos: ghostly, high-energy particles that can stream through almost any material unscathed but can produce the telltale radio pulses that ANITA catches. To further investigate the unusual signals, physicists turned to IceCube, a neutrino telescope made up of long strings of detectors buried near the South Pole. A neutrino passing through the ice may produce other particles that emit tiny flashes of light that IceCube’s sensors can detect.

Scientists reasoned that ANITA’s anomalies should also have produced signals in IceCube, and those signals could reveal the deep-space source of the particles. But after eight years’ worth of data was searched, the mystery remained: The exhaustive analysis turned up no matches.

“If the ANITA signal was astrophysical, then we should be able to detect it in IceCube — and we did not,” says physicist Justin Vandenbroucke of the University of Wisconsin-Madison, who works on the neutrino observatory.

The new findings, published March in The Astrophysical Journal, mean scientists have to continue looking for less obvious explanations. Some have proposed that the anomalies arose from radio waves bouncing through caverns or buried lakes in the ice. Other theorists proposed more exotic ideas, such as that the heavy, high-energy particles in line with ANITA’s data may describe one candidate for dark matter — the mysterious stuff that’s believed to make up 85 percent of the matter in the universe but has never been detected. Still others hypothesize that the exotic particles fit an existing theoretical model of a parallel universe — one that is symmetric to ours, but populated with antimatter and running backward.

Wissel and her colleagues are preparing a more sensitive upgrade to ANITA that, they hope, will find more of these strange signals. As an experimentalist, she says she’s beholden to data, but appreciates the ideas about where the signals originated. New questions and tests can then confirm — or refute — theories about these deep-space particles and how the universe began.

“They’re trying to do with our data exactly what we want people to do with our data,” says Wissel. “We want ANITA to push observations of ultra-high energy neutrinos into a new regime. We think that there is interesting new physics to be done.”
*
Mysterious particles spewing from Antarctica defy physics
Live Science - January 24, 2020
Our best model of particle physics is bursting at the seams as it struggles to contain all the weirdness in the universe. Now, it seems more likely than ever that it might pop, thanks to a series of strange events in Antarctica. The death of this reigning physics paradigm, the Standard Model, has been predicted for decades. There are hints of its problems in the physics we already have. Strange results from laboratory experiments suggest flickers of ghostly new species of neutrinos beyond the three described in the Standard Model. And the universe seems full of dark matter that no particle in the Standard Model can explain.
Posted by LT at June 12, 2021
Email ThisBlogThis!Share to TwitterShare to FacebookShare to Pinterest
Labels: ANITA, ghostly new species of neutrinos, parallel universe, supermassive black hole, time runs backwards, unsettling paradigm shift, weirdness in the universe