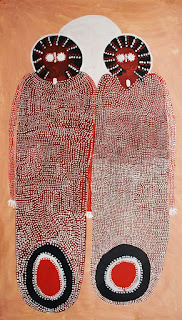 When we think of Antarctic exploration, the narrative is overwhelmingly white. The first confirmed sighting of mainland Antarctica was attributed to a Russian expedition in 1820, while the first landing on the mainland is attributed to an American explorer in 1821.

"We found connection to Antarctica and its waters have been occurring since the earliest traditional voyaging, and later through participation in European-led voyaging and exploration, contemporary scientific research, fishing, and more for centuries," said Wehi.

The researchers first highlight an early 7th century southern voyage by a Polynesian chief Hui Te Rangiora and his crew. This would have likely made them the first humans to see Antarctic waters, over a thousand years before the Russian expedition and even long before Polynesian settlers' planned migration to New Zealand.

"In some narratives, Hui Te Rangiora and his crew continued south. A long way south. In so doing, they were likely the first humans to set eyes on Antarctic waters and perhaps the continent," the team writes in their paper.

"Hui Te Rangiora's voyage and return are part of the history of the Ngāti Rārua people, and these stories appear in a number of carvings."

This finding might not be much of a surprise to our Māori readers who have been telling these stories for generations, but as the paper explains, academic literature still has a long way to go to catch up to this wealth of knowledge.

"The narratives of under-represented groups and their connection to Antarctica remain poorly documented and acknowledged in the research literature," the team writes. "This paper begins to fill this gap."

Te Atu – a Ngāpuhi man - has been called the first Māori and first New Zealander to view the coast of Antarctica in 1840 as part of the United States Exploring Expedition.

Māori were also part of the 'Heroic Age of Antarctic Exploration' in the late 19th and early 20th century, helping European explorers with medicine, construction, scientific expertise and more on journeys to Antarctica.

"Māori participation in Antarctic voyaging and expedition has continued to the present day but is rarely acknowledged or highlighted," the researchers write.

"For Māori on these voyages, seafaring skills were the critical currency."

More recently, a number of Māori have or are currently participating in New Zealand's Antarctic science programs, doing research on everything from the effects of climate change to penguin population ecology, and the team behind this latest paper hopes these numbers will grow.

"Taking account of responsibilities to under-represented groups, and particularly Māori as Treaty partners, is important for both contemporary and future programs of Antarctic research, as well as for future exploration of New Zealand's obligations within the Antarctic Treaty System," said Wehi.

The research has been published in the Journal of the Royal Society of New Zealand.