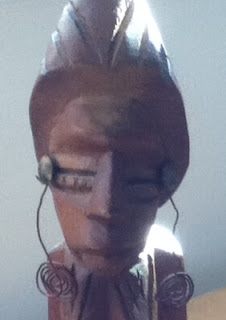 in my new book I wrote about Ghost DNA

Daily Mail - April 3, 2018
Evidence of an unknown species of human ancestor has been found hiding in the DNA of West African people. Experts made the finding by analyzing the human genome, looking for strings of genetic information that were out of place. This revealed an inheritance of markers from an unidentified human-like species, some of which may be of benefit to their descendants - including one which suppresses the development of tumors. Researchers believe an ancient species of hominin, known as Homo heidelbergensis, may be the most likely candidate for the 'ghost' species.