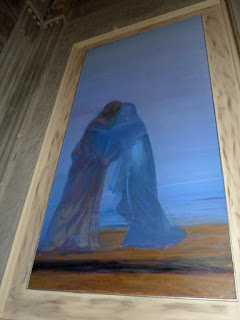 700–710 a.d.: Bible – the first confirmed authenticated bound Bible was made in Newcastle, in a muddy bog called Yahweh. The Muddy Bog or Yahweh kept the enemies at bay.

The Bible is the book of a Religion designed to contain and conceal the Predictions made by the Master a.k.a. Jesus, a.k.a. Joshua, Yeshua, John, John Ram, and passed on by Merlin 34 to Constantine in England, predicting he would become Emperor. With Merlin 34’s predictions fulfilled, Emperor Constantine honoured the conversation and imbued the Jesus-John Predictions Merlin 34 was messaging, into a Religion, based around a book called The Bible, or Holy Bible, which contained Jesus-John’s Predictions for the next person to be the scapegoat, represent the End Times–New Age, and Times of the End, and New Royal Lineage of a United Kingdom, just as the Master Jesus-John had done in his era.

[I want to stress here that the above paragraph is copyrighted to © Joseph Gregory Hallett, Copyright 2018, as this entire detail and concept is so worth developing, but requires more time to do so, whereas it needs to be released.] via

Posted by LT at May 15, 2021
Email ThisBlogThis!Share to TwitterShare to FacebookShare to Pinterest
Labels: Jesus, Jesus-John Predictions Merlin 34