"We’re not Indians and we’re not Native Americans. We’re older than both concepts. We’re the people, we’re the human beings." ~ John Trudell 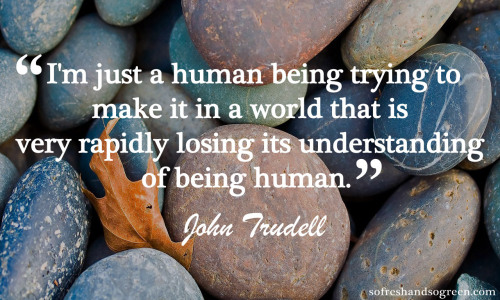 Posted by LT at December 05, 2018
Email ThisBlogThis!Share to TwitterShare to FacebookShare to Pinterest
Labels: John Trudell