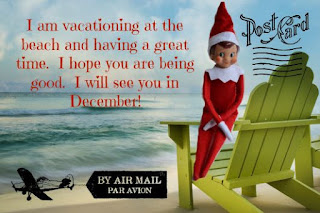 We knock on wood for good luck because our ancestors believed elemental spirits (i.e. faeries) inhabited trees. This superstition likely comes from the belief it could either drive away evil spirits or seek blessings from benevolent ones within the wood. It's likely throwing salt over one's shoulder after spilling it has faerie-related origins as well—salt was feared by the good folk. The saying of "God bless you" following a sneeze, while often attributed to Pope Gregory I, just as likely traces its source to the notion that sneezes allow an opening for evil spirits to enter ones body. In Irish tradition, a sneeze was an opportunity for the faeries to take a child away; the pronouncement of "God bless you," especially if the child was unbaptized, helped to mitigate this possibility. The boogeyman takes his names from the Middle English "bogge" or "bugge," meaning "hobgoblin." And don't even get me started on Santa's elves and Krampus, because that's a whole blog entry of its own.
read more
Posted by LT at November 12, 2018
Email ThisBlogThis!Share to TwitterShare to FacebookShare to Pinterest
Labels: Elves, Fairies