we are MUCH older than we thought 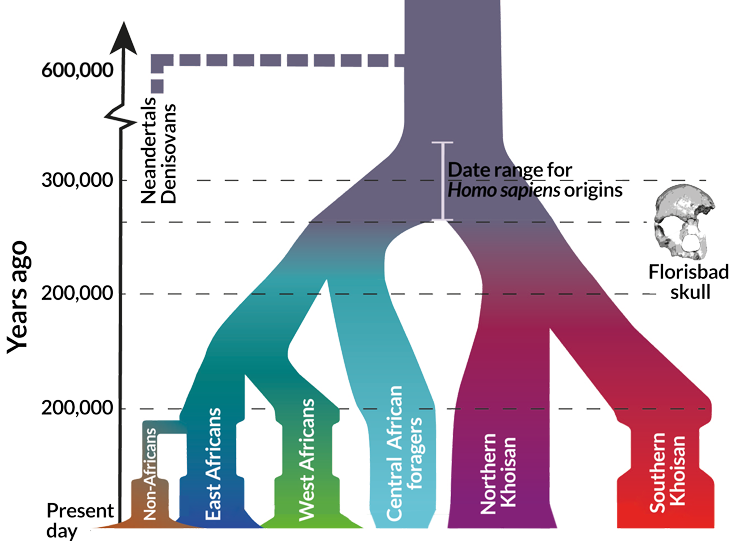 Happy 350,000th, homo sapiens –>
The DNA of a boy who lived in what is now known as South Africa 2,000 years ago has led scientists to believe "that humans emerged as a distinct population earlier than typically thought, between 350,000 and 260,000 years ago." Bruce Bower has more on that at Science News.

We knew that we were really really old!
Posted by LT at October 02, 2017
Email ThisBlogThis!Share to TwitterShare to FacebookShare to Pinterest
Labels: homo sapiens, human life cycle, humanity, older, origins