"The total wealth held by the world’s billionaires rose by 17 percent in 2016 to $6 trillion," writes Newsweek's Conor Gaffey, who notes that "the world’s richest people now control the highest concentration of wealth since the period known as the Gilded Age in the United States." 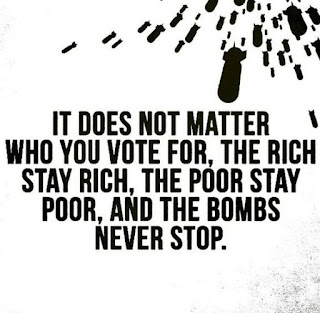 But everything isn't rosy with this group: according to Gaffey, "the uber-rich are concerned that growing inequality could lead to society turning against them."

Meet the billionaires who run Trump's government
In a 2016 report, Oxfam claimed that the richest 1 percent of people in the world control more wealth than the rest of the world combined.

Posted by LT at October 29, 2017
Email ThisBlogThis!Share to TwitterShare to FacebookShare to Pinterest
Labels: 1%, ah, richest 1 percent, the rest of us, Thought Bombs, you think